I remember back in school the various social groups that existed across the playground. Greasers, townies, goths and geeks. Pretty simple stuff right? Geeks like me loved their video games are were all star treky, got their asses kicked alot but had their place in the world. Goths well you know goths, they would later evolve into emos, all dark and dreary convinced they were all special unique snowflakes and everyone else was pretentious and their pain was genuine. I miss goths they were awesome, we don’t really get them in england anymore or at least its been awhile since I saw one. Quite benign as a social group and easy enough to get along with.

Townies on the other hand were malignant little tumors whose existence on this world was a blight against mankind. They evolved into Chavs which to be fair are worse, so I kinda wish I could find John titor and go back and stop the madness at the sort. Pop culture worshipping, football loving monsters that tormented anyone who wasn’t like them.. They havnt changed much.

Greasers I dunno what made you a greaser, i just remember they existed. I think hoodies and punk pop were mentioned as well as limp bizkit and all that jazz, to be honest they got picked on alot as much as us geeks so i kinda felt like they were our brothers.

Anyway anyone who went to school knows how it went, you either settled into what ever social group the good lord had put you in, or you were one of those losers that tried desperately to be cool and fit in. You know the kind, they ate bugs and stuff, actually one of those people from my school killed himself recently so thats kinda sad. Dunno if it was connected or not but whatevs were not talking about that.

Hipsters are a fucking menace. This social group that sprang up seemingly over night is an evil blight upon our planet and must be stopped. The fucking cargo short wearing, beanie loving, biking sack of shit morons are the epitomy of everything wrong with the world. While real conservationists struggle to get funds for projects to protect animal life, a ship full of dumbass retarded hipster cunts gets a tv show pretending to be pirates.

While real lobbyists struggle to be taken seriously a 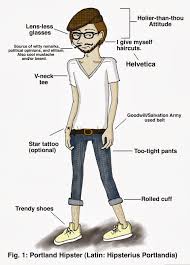 nd get their views and opinions across to people that matter. Hipster fucktards stand outside parliament with signs that say: Fuck This or Why so Socialist?

You know the type, we all do. Hypocritical bohemian psuedo intellectual fucktards with no more right to live on gods clean earth then a weasel. Case in point a conversation me and scotty were having once in a bar over you’re nationality is based on you’re birthparents or you’re place of birth. Like if you’re born in wales but have spanish parents you’re welsh or spanish. Just a normal drunken conversation that everyone has after a certain amount of liquor.

This sad act sack of shit hipster wanders over and interrupts OUR conversation to say: It doesn’t matter where you’re born, we’re all human. Ok so that SOUNDS nice ok? It’s one of them we should all join hands and be happy jobs right? Fair Play i thought. Later in the night it transpired that the fucking cunt was going to vote UKip in the general election. 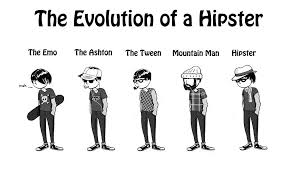 As you might have guessed I despise hipsters with good reason, their slowly destroying civilization. Now i’m not saying we should round them all up and put them in death camps, i’m just saying is it completely out of the question? Food for thought.